An outdoor funeral service for Wallace “Wally” Herman Raasch, age 89, of Starbuck, MN formerly of Morris, Minnesota, was held on Friday, October 9, 2020, at 11:00 a.m. at Synnes Cemetery, rural Alberta;  A public visitation was on Thursday, October 8, from 4-6:00 p.m. at the Pedersen Funeral Home in Morris.

Wallace Herman Raasch was born on November 24, 1930 in Synnes Township, Stevens County, Minnesota. He was baptized at Trinity Lutheran – Synnes Township on December 14, 1930. Wally attended country school, District #58 in Synnes Township until the 8th grade. Following his schooling, he started farming. In 1950, at a New Year’s Eve dance, Wally was introduced to Liane Wellman; the two began dating and were married in Alberta at Trinity Lutheran Church on February 1, 1952. They made their home on a farm south of Alberta; they made a few other moves before settling on a farm south of Chokio in Stevens Township. To this marriage, they were blessed with six daughters. Liane died unexpectedly in August of 1988. Wally was remarried on June 8, 1991 to Luella “Punky” Wirtjes at Our Savior’s Lutheran Church in Chokio. They continued to live on the farm until 1996, when Wally retired, and they moved into Morris. In August of 2018, Wally moved into the Minnewaska Lutheran Home in Starbuck where he lived until his death.

Wally was a member of Trinity Lutheran -Synnes Township, Our Savior’s Lutheran Church and most recently, Faith Lutheran Church in Morris. In earlier years, Wally enjoyed farming, hunting, fishing and spearing, playing cards, especially whist, and mowing the lawn. He was always willing to helps others, which continued through his life. He enjoyed dancing and polka, old time and country music. In his later years, Wally enjoyed watching the birds and bird feeders, being outdoors, watching the news and reading the Stevens County Times. Most importantly, Wally cherished the time he was able to spend with his six daughters and their families.

Wally died peacefully, on Saturday, October 3, 2020, at the Minnewaska Lutheran Home in Starbuck, MN. He was 89 years old.

Wally’s family would like to extend a heartfelt thank you to the staff of Minnewaska Lutheran Home for loving and caring for their Dad the last two years, they were blessed to have that extra time with him and owe that to you. Thanks a Million!

Pedersen Funeral Home in Morris is in care of arrangements for Wally. To send a condolence, on-line, visit www.pedersenfh.com. 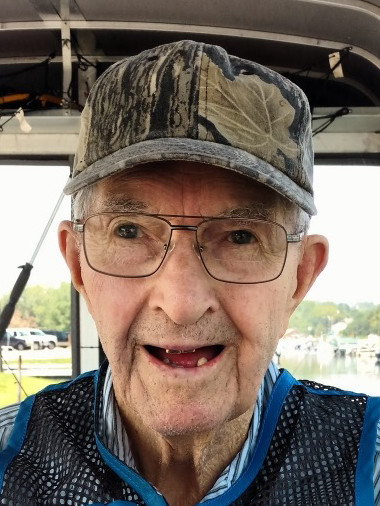