Funeral services for Marjorie Erickson, of Morris, formerly of Appleton and Chokio area, will be a private family service. A public visitation was on Thursday, December 10, 2020 from 5 to 7 p.m. at the Pedersen Funeral Home in Morris. Reverend Ann Bjorklund will be officiating. Burial was at Appleton City Cemetery in Appleton.

Marjorie Marlys Hills was born on November 29, 1921, on the family farm, 12 miles north of Appleton in Hegbert Township, Swift Co, Minnesota, the youngest of seven children born to Arthur and Cora Mae (Powell) Hills. Marjorie was baptized and confirmed at First United Methodist Church in Appleton, Minnesota. She received her education at District #22 country school by Long Lake in Hegbert Township and then at Appleton High School where she graduated with the class of 1940. After high school, she continued her education with a secretarial course. Marjorie worked for the principal of the high school and also at the local variety store. When she was 17 years old, she met Fred Howard, Jr.; he also attended Appleton High School. The two dated until March 25, 1943 when they were married at the Methodist Church in Appleton. They made their home on the Howard Family farm where they started their family. On December 31, 1954, a head on collision claimed the life of Fred, he died on January 1, 1955 at the Appleton Hospital. Marjorie and her young children continued to live on the farm. Don and Orville Erickson farmed her land and fed the beef cattle. After working together for years, in August of 1959, Don and Marjorie were engaged and got married on November 26, 1959. They completed the family with two more children. Don and Marge farmed, raised cattle and chickens on their Synnes township farm for 54 years before moving to Morris in 2013. Don preceded Marjorie in death in 2017. Marjorie resided at Legacy until June of 2018, when she became a resident of West Wind Village where she lived until her death.

In earlier years, Marjorie was active in 4-H. She often went to the state fair with her projects, and in later years was a 4-H leader. Marjorie was an active member of the Methodist church, teaching Sunday school, singing in the choir and holding other offices at church, including treasurer of the United Methodist Women. She also served on the Stevens County Fair Board, the West Central Cattlemen and Cattlewomen’s Association, and the Sons of Norway. Marjorie loved gardening and was a Master Gardener and charter member of Till and Tell Garden Club in Chokio. She grew over 25 different varieties of roses and many other kinds of flowers and would exhibit them at the fair – winning many ribbons! She and Don enjoyed dancing, square dancing and Norwegian folk dancing. She was a dedicated farm wife who spent much of her life in her gardens and kitchen creating fabulous meals for family and friends. She valued time with her Grandchildren, as they spent time on the farm every summer. She loved entertaining and hosted many parties with family and friends with delicious food and endless conversation. Most importantly, she enjoyed the time that she was able to spend with her children and grandchildren – that would be her perfect day!

Marjorie died on Thursday, December 3, 2020 at the West Wind Village in Morris, Minnesota; four days after her 99th birthday.

IN LIEU OF FLOWERS DONATIONS ARE APPRECIATED TO STEVENS COUNTY HISTORICAL MUSEUM OR FIRST UNITED METHODIST CHURCH OF APPLETON.

Pedersen Funeral Home in Morris is in care of arrangements for Marjorie. To send condolences to the family, on-line, visit www.pedersenfh.com. 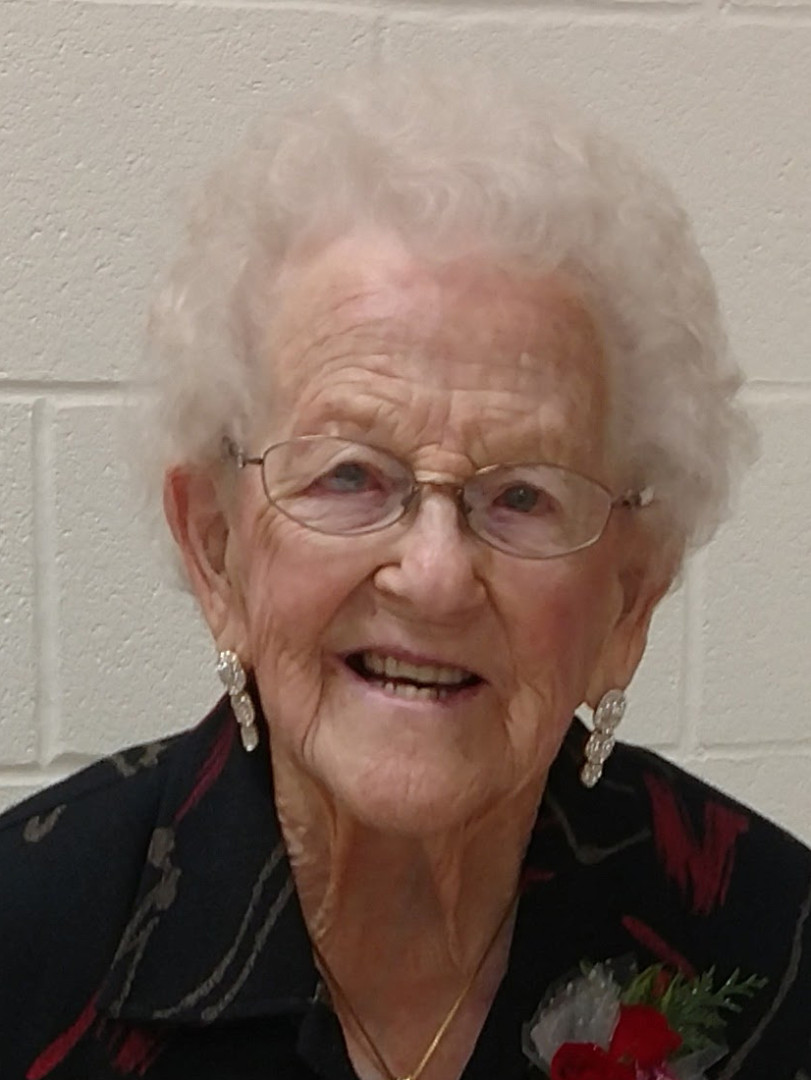