LaVonne Catherine Rosdahl, daughter of Henry Wolbersen and Catherine Paulsen Wolbersen, was born on December 12, 1933 in Wheaton, Minnesota. She grew up and worked at Crandall’s Café and could still tell you seventy years later what some of the locals ordered when they came in. LaVonne was united in marriage to Roy James Rosdahl on March 26, 1950 in Wheaton where they lived until 1961. They then moved with their two boys, Michael and Mark, to Morris, Minnesota where Steven and Lori were born. LaVonne worked for more than twenty years at Pamida in Morris. She retired from Pamida in 1997. Roy and LaVonne lived in Pillager, Morris and Brainerd between the years of 1997 and 2013 when Roy passed away. LaVonne then moved to Isanti with her son Steven.

LaVonne could most often be found in the kitchen baking and looking through recipe books. She enjoyed spending time with her family, playing cards, keeping up with the Morris and Wheaton news and watching Wheel of Fortune. LaVonne passed away on Saturday, December 12, 2020 at Avera Hospital in Sioux Falls, SD on her 87th birthday.

The family will plan a memorial service in the spring.

To sign the online guestbook or watch the video tribute visit www.bainbridgefuneralhome.com. 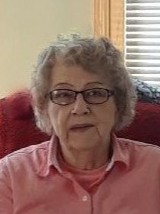