Josiah Michael Wright was born May 5, 2002 in Albert Lea, Minnesota. Josiah lived in Minnesota and then Florida with his family until 2013, when they returned and made their home in Starbuck, Minnesota. Josiah worked at Tom’s Market in Starbuck and also at the Minnewaska Lutheran Home in Starbuck, as a dietary aide. Josiah attended Minnewaska Area High School and had just recently graduated with Honors, being part of the class of 2020. His plan after graduation was to attend college at the University of Central Florida in Orlando, pursuing studies in business, psychology and music.

Josiah’s passion was for music and he was an enthusiastic member in band and choir all throughout his high school years. He participated in Pep Band, Concert Band, Jazz Band, Jazz Choir, Concert Choir and various musical productions.

Josiah loved to play the saxophone and finding himself not satisfied with learning just one instrument, went on to teach himself to play many others as well, including tenor sax, drums, piano keyboard, organ, acoustic guitar, bass guitar and he was also working on the violin as well. He would spend his lunch break at school playing music with his friends and working on his mastery of jazz chords. In May of 2020, he received the Louie Armstrong Jazz Award from Minnewaska Area Band Director, Heidi Polzin. Josiah was a member of Spanish Club, Business Professionals of America, the Speech Team, National Honor Society and the Glenwood Rotary Club, from whom he had also received a scholarship. Josiah was also able to take many trips to visit family in Florida, went on the choir trip to Disney World and also spent time in Spain with his Spanish Club. In addition to his love for music, Josiah also enjoyed photography, space and astronomy, and spending time with his friends. Not only was Josiah a very smart and incredibly talented student, but he also was a wonderful older brother to his younger siblings, Jacob and Justin.

Josiah passed away on Sunday, June 28, 2020, at the age of 18, due to injuries sustained in an automobile accident.

He is survived by his parents: Heather and Jesse Wartner of Starbuck; two brothers: Jacob and Justin Wartner of Starbuck; grandparents: Frank and Susan Coffey of Cape Coral, FL, Kevin and Jennifer Wright of Fort Meyers, FL, Doug and Sharon Wartner of Morris; great-grandparents: Jeanette Wright of Red Wing, Donald and Yvonne Wartner of Lake Benton, Yvonne Stewart of Reno, NV; aunts and uncles: Sheryl Martinez of TX, Shannon and Darrin Craig of Holmes City and Rebekah and Noah Mattocks of Alexandria and numerous cousins. He was preceded in death by his great-grandparents: Maynard Wright, Herman and Geraldine Maanum and Dee Stewart.

IN LIEU OF FLOWERS THE FAMILY WOULD LIKE DONATIONS THAT WILL BE DISTRIBUTED TO THE MINNEWASKA AREA HIGH SCHOOL MUSIC DEPARTMENT AND THE GLENWOOD ROTARY CLUB, WHERE JOSIAH HAD EARNED A COLLEGE SCHOLARSHIP.

Starbuck Funeral Home in Starbuck is in charge of the arrangements. 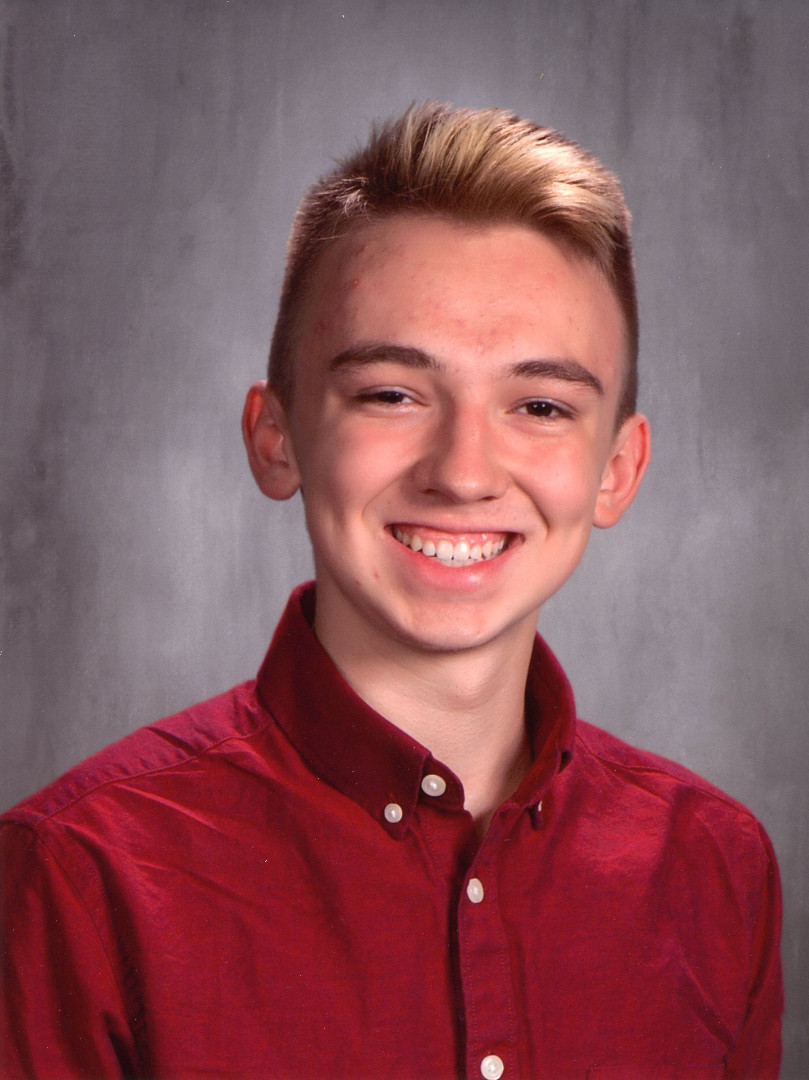