A public visitation was held for John Wolff on Friday, October 16, 2020 from 5:00-7:00 p.m. at Pedersen Funeral Home in Morris. A private memorial service was held.

John M. Wolff, age 71, of Morris, Minnesota, died unexpectedly of a massive heart attack on Thursday, October 8, 2020 at the Stevens Community Medical Center in Morris. John was born in Montevideo, Minnesota to Ella (Weckwerth) and Ervin Wolff on August 26, 1949. He was baptized and confirmed at St. John’s Lutheran Church. He graduated from Montevideo High School, and after, attended Southwest Minnesota State University, in Marshall, MN, receiving his bachelor’s degree. He was united in marriage to his soulmate Gaetana Wolff on February 18, 1992 in Tucson, Arizona. They were happily married for the next 28 years and lived much of that time in Arizona. He spent 30 years in auto sales and management, 11 years on the road with his wife in a motor home, meeting incredible people and working in real estate management, gas line inspection, and as a park ranger. He then spent the last 2 and a half years of his life driving public transit in Morris, MN.

His enjoyments included golf, fishing, wood working, and his wife. He also served four years in the Peace Corps in Costa Rica. He was loved by everyone who knew him and many who simply met him. He will be dearly missed as a husband, father, grandfather, uncle, brother, and friend.

Pedersen Funeral Home is in care of arrangements. To send condolences to the family please visit www.pedersenfh.com. 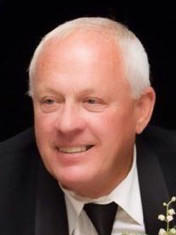