Hazel Steussy, 97, of Breckenridge, MN, passed away on Saturday, January 16, 2021, at CHI St. Francis Hospital in Breckenridge. Visitation will be held from 12 PM to 2 PM, Friday, January 22, 2021, followed by the funeral service at 2 PM at Joseph Vertin and Sons Funeral Home, Breckenridge. Reverend John Andrews will officiate. Burial at Knollwood Cemetery will be at a later date. In lieu of flowers, the family kindly requests all donations be made to CHI-Health at Home and Hospice, Breckenridge. Arrangements have been entrusted to Joseph Vertin and Sons Funeral Home.

Hazel Elizabeth Wille was born on November 5, 1923, in Hancock, MN, the only daughter of Paul and Rosetta (Thielke) Wille. She attended Country School District 21 on the Swift and Stevens County line and graduated from West Central School of Agriculture in Morris, MN. On May 15, 1943, Hazel was united in marriage to Lloyd Steussy in Alexandria, MN, while he was home on furlough. The couple then moved to Luke Field Air Base near Phoenix, AZ. Following Lloyd’s discharge from the US Army, the young family settled on a farm southwest of Foxhome, MN.

Hazel worked alongside Lloyd as they began their dairy farm. They were dedicated to developing a successful farm and raising their six children. In 1975, they sold their cattle and began traveling the United States together. They were blessed to have traveled to all 48 contiguous states and had a chance to see the sites of Alaska as well. They moved to Breckenridge in 2007.

Along with growing a vast garden, Hazel enjoyed canning its fall harvest. After the vegetables were canned and after the first freeze, the apples were picked and Hazel prepared her family’s favorite, her homemade applesauce. She loved to quilt and was part of the mission circle at the Foxhome Lutheran Church. She was an active member of a homemakers club and served on the Wilkin County Extension Board for many years.

Hazel is survived by her sons, Dennis (Cinde) Steussy of Des Moines, WA, and Brad (Michele) Steussy of Breckenridge; her twin daughters, Paula (Wayne) Holznagel of Mitchell, SD, and Paulette Steussy of Fargo, ND; her daughters-in-law, Jan Steussy of Roseville, MN, and Patricia Steussy of Moorhead, MN; her eight grandchildren and five great-grandchildren; and several nieces and nephews.

She was preceded in death by her husband, Lloyd; her parents, Paul and Rosetta; her sons, Dale and Leslie; and her grandson, Ethanuel Holznagel. 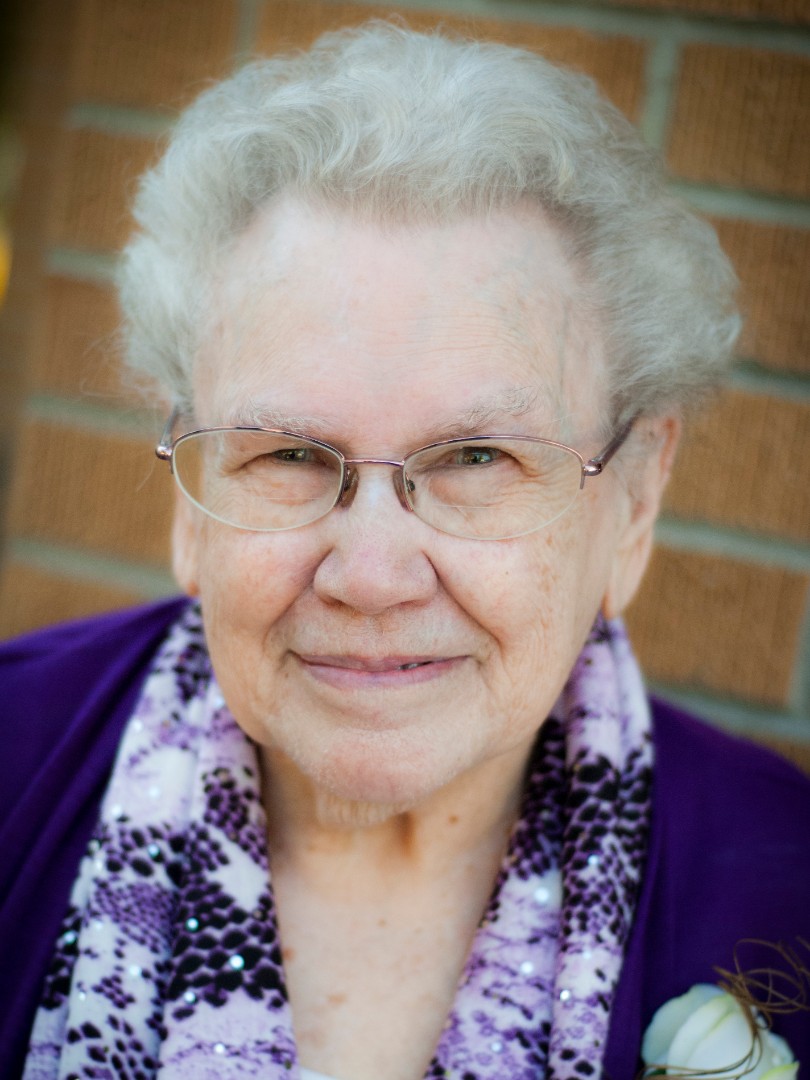