Gordon John “Rock” Allen was born May 27, 1925 to Glenn and Irma (Zimbrick) Allen in Graceville, MN. Following country school in the Beardsley area, Rock attended the Morris Ag School until entering the U.S. Navy during WWII and serving in the Pacific theater until 1946.

In 1948, Rock met Marilyn Ingerson at the Browns Valley Coliseum. On Sep 4, 1949 Rock and Marilyn married. They moved to the farm southwest of Beardsley, where they would spend the next 25 years raising their seven children.

In April 1959, Rock took his last drink and became a life-long recovering alcoholic. In the late 60s, Rock attended school to become a counselor and began a career working with those struggling from alcohol and drug addiction. In 1974, Rock and Marilyn moved to Morris for Rock’s work. Following retirement and throughout his life, Rock devoted himself to helping others achieve and maintain sobriety.

Pedersen Funeral Home in Morris is in care of arrangements for Rock. 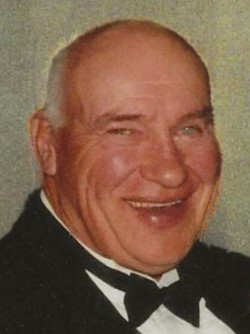