Funeral services for Francis Kill of Morris was held Thursday, October 1, 2020 at 10:00 a.m. at Assumption Catholic Church in Morris. Celebrant for the service will be Father Todd Schneider. Visitation was Wednesday from 5 to 7 p.m. at Pedersen Funeral Home in Morris and for one hour prior to the service at the church on Thursday. Burial was in the Minnesota State Veterans Cemetery at Camp Ripley, Little Falls, MN.

Francis Raymond Kill, son of John and Clara (Kraemer) Kill, was born June 26, 1929 on the family farm in Morris Township, Stevens County, Minnesota, where he grew up and received his schooling through the 8th grade. Frank then worked with his family on the farm until enlisting in the U.S. Army in 1948. He was stationed in Alaska until his honorable discharge in 1950, when Frank returned to Morris and drove truck for Johnson Bros. Elevator. In 1961, he returned to the family farm and worked with his Dad. After 47 years of living the bachelor life, Frank married the love of his life, Gloria Fagre Peterson, on August 21, 1976 at Epiphany Catholic Church in Blaine, MN. The couple made their home on the Kill Family Farm, where Frank continued working with his father. In 1983, his father passed away and the family farm was sold. In the mid 1990’s, Frank and Gloria moved into Morris, and became part of the neighborhood on South Street. In 1995, Frank also began working for his friend, Erland Charles, on their family farm east of Morris. Frank was a loyal, hard-working farmhand, and his ability to fix anything made him one of the most valuable mechanics in the area. For many years, Frank and Gloria enjoyed traveling south to avoid the Minnesota winters, which they continued until Gloria’s health wouldn’t allow. After Erland Charles passed away, Frank continued to work for Erland’s son, Carter Charles, who also became a close friend to Frank over the years.

On April 9, 2014, Gloria passed away. This was a loss that Frank never fully healed from, and he missed her every day. Frank continued working on the Charles Farm until his health forced him to retire at the age of 89 years, following the 2017 harvest season. Although his body wasn’t able to continue, Frank’s heart was always that of a farmer, and he never stopped longing for ‘one more ride’ on his 4-wheel drive Steiger. In the fall of 2018, Frank’s health was deteriorating, so he moved from his home in Morris to the Woodcrest Assisted Living in Alexandria. This move was an absolute blessing to Frank, as he was surrounded by the most loving, caring people who provided him the perfect place to live out his days. They even personalized ‘Frank’s Room’ by putting on a barn-style door to make him feel at home.

Frank was a life-long member of Assumption Catholic Church in Morris, and he also belonged the Veterans of Foreign Wars Post 5039 and the American Legion Post 29, both in Morris. Although Frank was a very private person, he will always be remembered as a loving husband, a hard worker, an American patriot, someone who could fix anything, a wonderful and generous neighbor and a lover of pumpkin pie. He will be missed.

Frank died peacefully in his sleep on Friday, September 25, 2020 at his home, Woodcrest Assisted Living in Alexandria, MN, having lived to reach the age of 91 years. 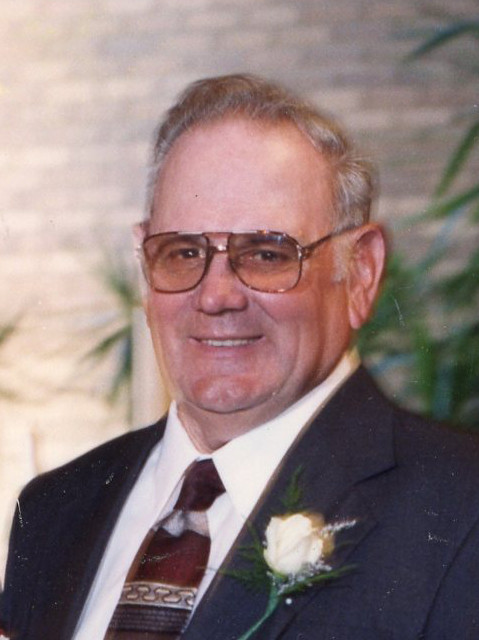