Derry D. Peterson, age 79, of Wheaton, Minnesota went to Heaven Sunday, September 20, 2020 at Sanford Hospital in Fargo, ND surrounded by all of his girls and SO much love.

Derry was born on September 18, 1941 in Grafton, ND, to Clarence and Florence (Egnes) Peterson. He was Baptized and Confirmed at Trinity Lutheran Church in Edinburg. Derry attended Edinburg P.S. where he played every sport and scored over 1400 points in basketball!

Derry attended Concordia College in Moorhead, MN. He graduated in ‘63 with a double major in Business and PE. He played Basketball for the Cobbers! In 1965, Derry was voted the MVP for The ND Amateur Basketball Association. He did his grad work at Bemidji College and served in The ND National Guard from 63-69.

Derry was a teacher and coach all of his adult life. Derry taught in Kloten, ND from 1964-1966. Then in Hancock from 1966-1974, where he was also AD. During this time, he met Melanie Lundberg. They married on 6-3-72 in Valley City, ND. Derry then taught in Wheaton from 1974-2000. Derry coached everything! He was varsity and JV coach for years with multiple sports.

They were blessed with two daughters during their marriage. Staci and Stephanie were loved with all of his heart, even during their teenage years. He had 4 granddaughters which were such a joy to him. Abby, Ella, Anna and Emerson could not have been more loved by a Grandfather.

Derry is survived by his daughter Staci Peterson (Travor Timm) of Wheaton, MN and their children Abby Lee and Anna Joy. His daughter Stephanie May of Syracuse, NY and her children Ella Christine and Emerson Joy, along with their Father, Dave May. A sister, Vaughn Dee Wingfield of Cleveland, OH numerous nieces, nephews, cousins, sister and brother in laws and so many friends and former colleagues and students.

He was preceded in death by his wife Jane, his wife Melanie, his parents Clarence and Florence, his lifelong friend Jack Rustan, his in-laws Lester Eckert, Eleanor Dorweiler and Al and Ella Lundberg, his Brothers in Law Dale Wingfield and Gene Lundberg, his Sisters in Law, Ann Modahl and Pat Lundberg. 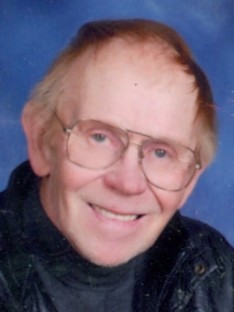