1937 – 2020 Bonnie Mae Pickens passed away on Sunday, August 2nd, 2020 due to congestive heart failure. She died peacefully at home with her family at her side. Bonnie was born Bonita Mae Kussatz on September 5, 1937 to Evelyn and Leonard “Red” Kussatz of Morris, Minnesota.

Bonnie, a Minnesota farm girl, remembers the purchase of their families’ first tractor, the installation of electricity on the farm and family members heading off to World War II. She paid for her college education through the purchase of war bonds from the sale of pigs that she raised herself. Bonnie never shied away from hard work. She graduated top in her high school class.

A life-long teacher and student, she began her career teaching senior high school English, English literature, speech, debate and drama. She had a strong desire to travel. During breaks from teaching she visited Europe, Russia and even Cuba. Eventually, she applied to teach in the Department of Defense school program. In DOD employment she taught in Puerto Rico, Goose Bay Labrador and Okinawa. She met her husband, Bill, in Goose Bay Labrador in 1968. They were engaged via military radio from Saigon to Okinawa. They married in the Philippines where their only child, Pam, was born. During their first five years of marriage they lived in the Philippines, Japan and Hawaii. Family brought the couple to San Rafael, California where they lived for over twenty years. Married 50 years in December, 2019, Bill and Bonnie accomplished so much together. Their commitment to each other is undying to this day.

Bill describes Bonnie as “the wind beneath his wings”. It was because of Bonnie that she and Bill not only dreamed, but achieved “The Impossible Dream” and reached their life goals. Together they built the largest independent automatic safety swimming pool cover distributor in the United States while living in San Rafael, California. They frequently traveled to see family and friends all over the world. In 2002, they retired to San Diego County where Bonnie became an active volunteer in the fire district and homeowner’s association, acting as treasurer and president over the years. They enjoyed many riverboat and ocean cruises and were always happy to host friends and family in their beautiful retirement home. In 2016, they moved permanently to Portland, Oregon.

Bonnie remained a teacher, of sorts, throughout her life. She never stopped asking questions and seeking answers to the world around her. She shared her knowledge with family and Pool Covers Inc. staff alike. She equally loved a bowl full of popcorn during a Sunday football game or to engage with almost anyone in a spirited debate about national politics. Bonnie loved English literature, all types of sports, traveling, everything Christmas, her work and employee owners at Pool Covers, Inc. and, most of all, her family. She cherished finding ways to show how much she loved and cared for them. She’s been described as a force of nature, kind, tenacious, full of life and wise. Bonnie’s stories, big smile and her valuable teachings will remain with the many, many people she touched during her long and productive lifetime.

In lieu of flowers or donation, the family asks that you reflect on your passions and interests, share them with others and make a difference in a loved one’s life. Do this with Bonnie’s spirit in mind.

Additional photos of her life and upcoming service can be found at www.celebratingbonnie.weebly.com 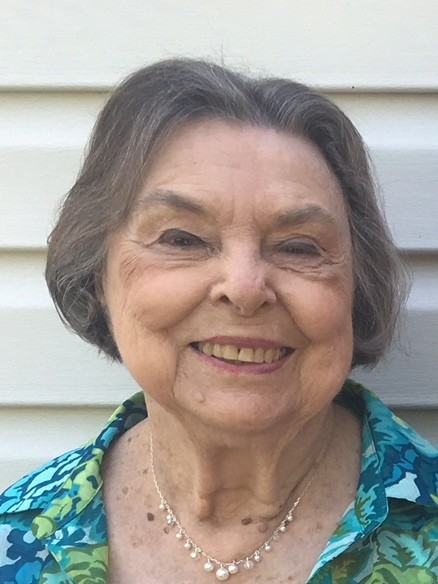