Angela Stephanie Edlinger, daughter of Walter and Irmgard (Koller) Edlinger, was born November 15, 1959 in Thunder Bay, Ontario, Canada. When she was seven months old, her family moved to Austria and when she was two years old her family settled in Minnesota. She grew up in North East Minneapolis, Faribault and Cambridge, graduating from Cambridge High School in 1977. She was united in marriage to Todd Staples on September 12, 1982 at First Lutheran Church in Morris. The couple spent ten years in Waseca and later returned to their roots in Morris, Minnesota. Angie worked at Bremer Bank in the Insurance Department for 17 years. In January of 2012, Angie was diagnosed with stage four breast cancer. She never let her diagnosis hold her back and never let cancer define her. Angie put up a courageous fight for eight years, five months, never giving up! She enjoyed repurposing items, refinishing furniture and most of all, spending time with her grandkids.

IN LIEU OF FLOWERS THE FAMILY PREFERS MEMORIALS TO THE VIRGINIA PIPER CANCER INSTITUTE AT ABBOT NORTHWESTERN AND CARINGBRIDE.ORG IN EAGAN, MN.

Pedersen Funeral Home in Morris is in charge of the arrangements. 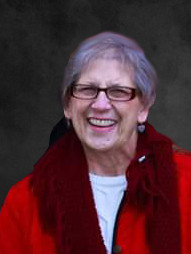